No such thing as a free launch ... 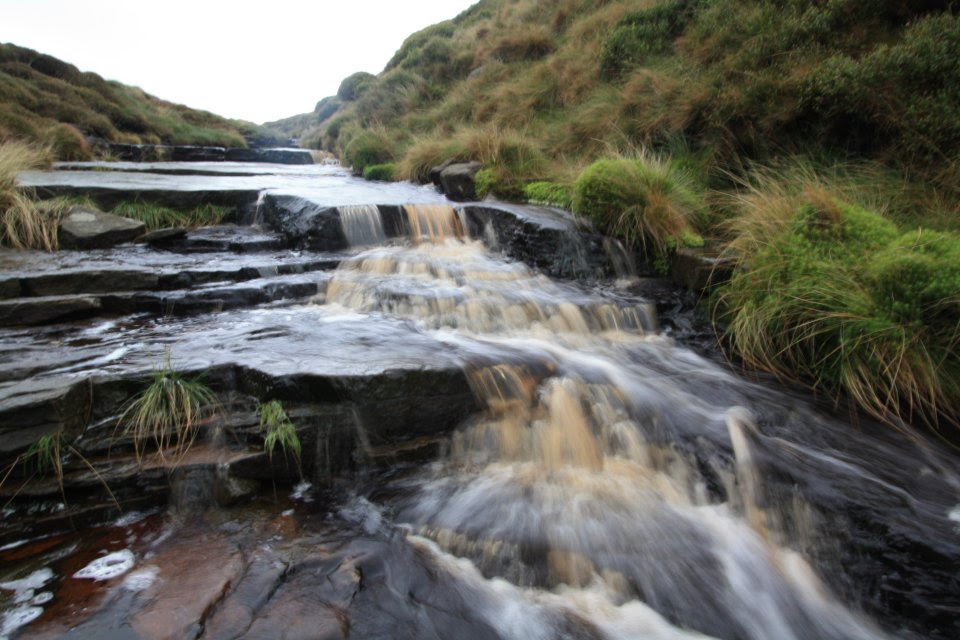 We were there early, the first people in the upstairs room of The Globe in Glossop High Street. Outside, it was midsummer but grey, cold and windswept. In the long thin room, unplastered walls, a low ceiling, rows of tables down each side, a bar, a sound deck and a lighting rig at one end, a small stage at the other. Onto this - you could really believe it - The Quarrymen were about to burst with a blazing set of untutored rhythm and blues, ready to shake the future.


Instead, as if on cue, the pub filled with climbers, handshakes, grins, hasty anecdotes and wide-eyed listeners, friendly overtures to us strangers. Vegetarian hotpot appeared as well as heavy boxes full of the newly released ‘Over The Moors’. Beer was £1.80 a pint. Martin Kocsis, the editor of this mighty tome gave the first of what he termed ‘the wedding speeches.’ There was good humour and palpable support in the densely-packed crowd, many participants having toiled in all weathers on these upland crags during the ten long years that it took to compile this climbers’ guide book. As an outsider and mere observer of these amazing efforts, it was impossible not to be swayed by the common pride and sense of achievement within their ranks.

I’m sure you do not have to be a climber to appreciate the wonderful production values, the years of hard slog and the love that created this book. Have a look at a sample chapter and see for yourself


We had been invited to this book launch because, out of the blue years ago, Martin had tracked me down to ask permission to use quotes from my writing. I hadn’t known in the intervening years which phrases, sentences, couplets or whatever he would be using so, when I finally had a copy in my hands, I attempted a detailed search among the fine print of more than 600 pages.

Members of the noisy crowd now all seemed to be bent over their copies too, searching out personally pertinent sections or just absorbing the book’s overall grandeur.

I could find nothing but Vally could. Because I had been looking for a few words here or there, I hadn’t registered the paragraphs, the two whole and separate paragraphs from ‘While Giants Sleep’. What an honour.

There may be no such thing as a free lunch. But a free launch? This one was freeing in the extreme, as wild and liberating as that high moorland grit cresting the skylines like a giant’s frown.